Qatar FIFA Worldcup: A placard reading “Boycott Qatar 2022” is seen at the Europa-Park Stadion in Germany on November 13, 2022, before the Bundesliga soccer match between Freiburg and FC Union Berlin | Photo Credit: Tom Weller

With just days to go before the start of the football World Cup, Qatar, the host country, and FIFA have been embroiled in controversy. Since 2013, when Doha won the bid to host the World Cup, rights groups have called out Qatar’s poor human rights record, particularly on LGBT rights, civil liberties and the treatment of migrant workers. Footballers and fans have expressed anger and frustration at FIFA, and more so after the body issued a statement recently asking the 32 participating nations to “now focus on football.”

The Australian team released a video condemning Qatar’s human rights violations. The Denmark team will wear an all-black kit. England’s star player, Harry Kane, and captains of European teams will wear ‘OneLove’ armbands. Recently, fans at a Dortmund match in Germany unveiled a massive banner that read ‘Boycott Qatar 2022’. Pop star Dua Lipa has distanced herself from the tournament, saying she will not perform at the opening ceremony and hopes to “visit Qatar once it has fulfilled all the human rights commitments it made when it won the right to -host of the World Cup.”

The V-Dem Institute’s human rights index measures a country’s human rights record where 0 indicates ‘least rights’ and 1 indicates ‘most rights’. The index measures the extent to which people are free from government torture, political assassinations, and forced labor; have property rights; and enjoy freedoms of movement, religion, expression and association. Chart 1 The Institute planned a human rights index of a football world cup host, in the year the country hosts the tournament. For example, the 2006 World Cup was held in Germany, which scored 0.97 on the index that year. Qatar’s human rights record is the third worst in history for a host. For Qatar, the 2021 numbers are considered because the 2022 numbers have not yet been published. Qatar is behind only Argentina, which hosted the World Cup in 1978, and Italy, which hosted in 1934. The military junta, which came to power in Argentina in 1978, suppressed civil rights and restricted freedom In 1934, the second World Cup took place in Benito Mussolini’s Italy.

The chart shows the extent of freedom of expression and association, the rule of law, and personal autonomy. The higher the scores, the more freedom

The chart captures the extent to which people are free from forced labor, have property rights and enjoy freedom of movement and religion. 0 (least freedom) to 1 (most freedoms)

The chart combines information on the extent to which the State provides and protects rights and freedoms equally among all social groups. 0 (least equal) to 1 (most equal)

The chart captures the extent to which people can express their views and the media present different political views. It ranges from 0 (least free) to 1 (most free)

Even the previous tournament, held in Russia, faced scrutiny. Russia is in the fourth worst host in terms of human rights. However, Qatari officials said the vandalism they faced was worse than seen in the past and denounced its “hypocrisy”. Responding to Germany’s criticism in an interview with a German newspaper, Qatar’s Deputy Prime Minister Sheikh Mohammed bin Abdulrahman Al-Thani said, “On the one hand, the German population is misinformed by government politicians ; on the other, the government has no problem with us when it comes to energy partnerships or investments.” Table 3 shows the total imports of coal, oil and natural gas in 2021 by 10 European footballing countries, including England and Belgium, which recently issued a joint statement condemning Qatar’s rights abuses and urging the FIFA to deliver “concrete answers”. Together, the countries will spend $4.2 billion importing mineral oil and fuel from Qatar in 2021. Qatar was also among the top 10 sources of oil for England and Belgium last year.

With inputs from Vignesh Radhakrishnan 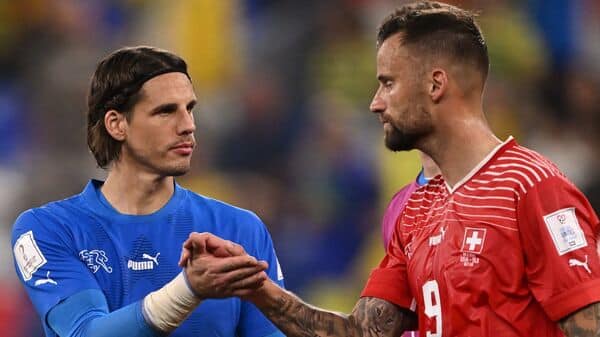