Cristiano Ronaldo refrained from celebrating, acting as if he had scored yet another World Cup goal.

Instead, it was Bruno Fernandes who was eventually credited with the goal that set up Portugal’s 2-0 win over Uruguay on Monday, advancing the team to the last 16.

Fernandes curled in a cross from the left that barely passed the head of a leaping Ronaldo and bounced into the far corner of the net in the 54th minute to give Portugal a 1-0 lead.

Two from Bruno Fernandes sending 🇵🇹 @selecaoportugal in the Round of 16.@adidasfootball | #Qatar2022

A grinning Ronaldo threw his arms in the air, suggesting he had taken the final touch, and hugged Fernandes as multiple close-up replays were shown on big screens at the Lusail Stadium.

The goal was awarded to Fernandes, who added a second from the penalty spot in stoppage time after a handball by Jose Maria Gimenez.

Fernandes was denied a hat trick with almost the last kick of the game, his shot from outside the area hitting the post and bouncing wide.

Portugal, who opened with a 3-2 win over Ghana, became the third team to reach the last 16 after France and Brazil.

Also read: Portugal vs. Ghana Match Report | Ronaldo made history in the 3-2 win

Uruguay have one point from two matches and need to beat Ghana on Friday to have any chance of advancing.

The match was briefly interrupted before the goal by a protester carrying a rainbow flag and wearing a blue Superman T-shirt that read “SAVE UKRAINE” on the front and “RESPETO SA IRANIAN WOMAN” on the back. Security officers chased the protester and tore down the flag on the field.

Portugal defender Pepe became the second-oldest outfield player to feature in a World Cup, at the age of 39. The oldest was Roger Milla, who was 42 when he played for Cameroon in the 1994 tournament.

Portugal left-back Nuno Mendes fell to the ground in the 40th minute and soon broke down in tears after sustaining a match-ending injury. He was able to leave the field unaided. Portugal’s other left back is Raphael Guerreiro. 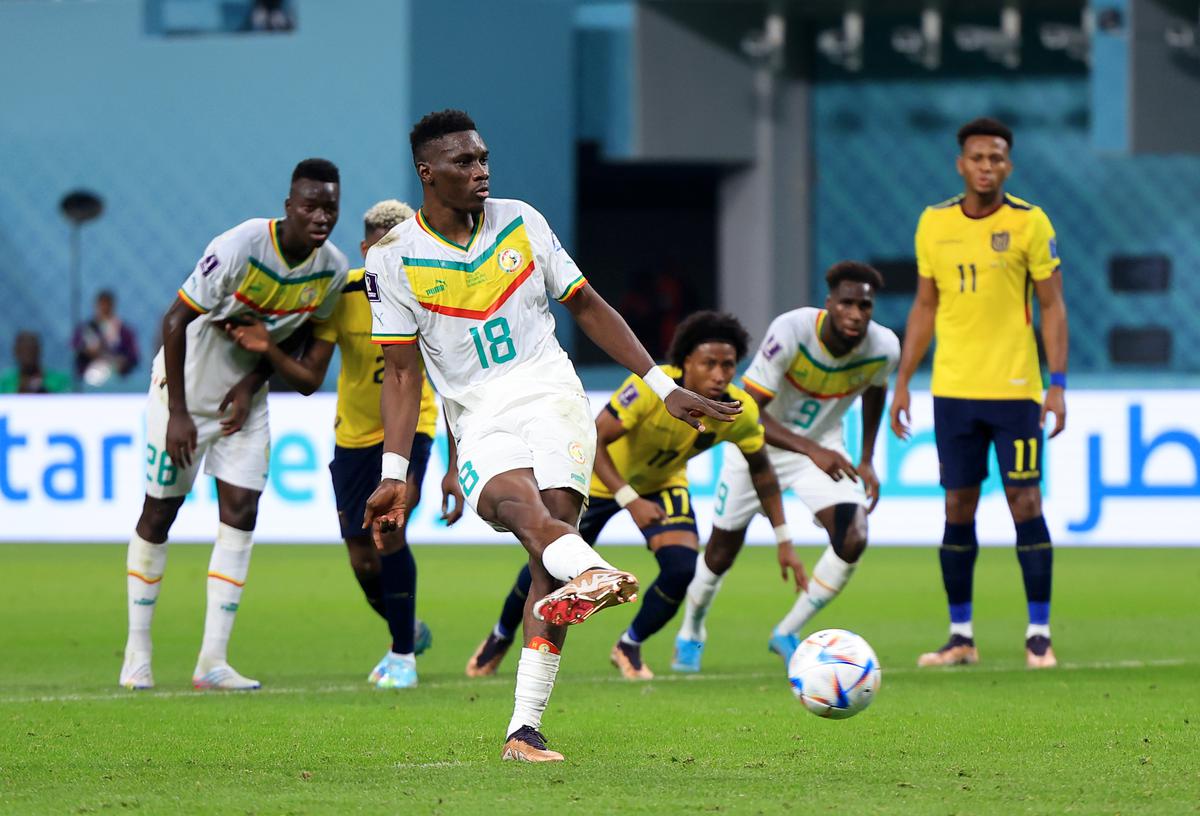