Kapil Sharma is one of the biggest stand-up comedians of our country today. From his stand-up acts to hosting his own show, the actor-comedian has only seen a rise in popularity. Although before this Kapil has been a part of many controversies. None of these but Priyanka Chopra are involved.

Many years back, Kapil had made headlines for slapping Priyanka. Reportedly, the incident happened during an award show, which was hosted by Kapil. Comedians came on time but PC arrived three hours later. She was not ready to act even after coming late. In a fistful of anger, Kapil Sharma had reportedly thrown his earpiece and said, “Ladies people’s problem is not fixed yet, madam. ” 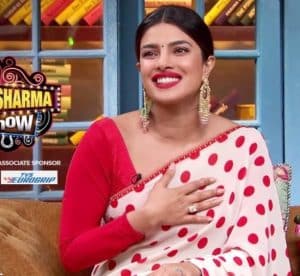 However, both Kapil Sharma and Priyanka Chopra had rubbished the news on Twitter and denied all such reports. After being aware of the news, Kapil had tweeted, “You are too bad @priyankachopra you didn’t even tell me that V fought with each other at the award function.. Saw the news and found out.. hahaha.” “Haha! I don’t give importance to false news man Kapil! Big love for always my favorite!! @KapilSharmaK9,” Priyanka had replied to Kapil. 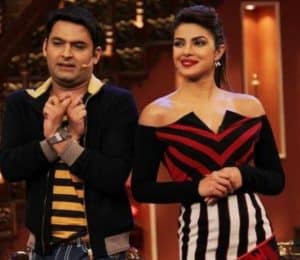 Now, that was a really cool and funny way of addressing the fake reports! Meanwhile, on the work front, the comedian is back with his popular show The Kapil Sharma Show. Sudesh Lahiri is the new addition to his team for this season. According to Bollywood Life, Kapil is charging a bomb for this season. He started with 30 lakhs but now he will charge 50 lakhs per episode. And that means the comedian would be earning 1 crore in a week.