Bollywood star Kareena Kapoor Khan, whose last film ‘Lal Singh Chaddha’ failed at the box-office, recently left for London with her second child, baby Jeh. But, before one jumps to conclusions, the actress has gone to the UK capital city for work, not holidays. She is shooting for her next film, which is to be directed by Hansal Mehta ‘Scam 1992: The Harshad Mehta Kahani’ fame. The film, as of now titled, will be shot in London in two more schedules. Kareena will be back in the country to celebrate Diwali with her family before she leaves again for another schedule. On Thursday, Kareena, who is currently shooting for Hansal Mehta’s project in London, posted two lovely pictures with her younger son Jeh.

Actress Kareena Kapoor Khan recently flew to London to shoot for director Hansal Mehta’s next project with younger son Jeh Ali Khan. The actor recently shared a cute picture with Jeh as the two left for the sets. . Both Kareena and Jeh looked cute as they wore sunglasses and walked hand in hand. Kareena wrote in the caption accompanying the picture, “Off to work with my boy…but a quick pose before leaving… #jeh baba #kaam pe chalo….” Kareena’s elder son Taimur Ali Khan is back in Mumbai with her husband Saif Ali Khan. 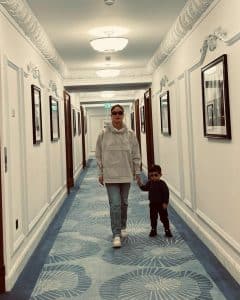 Though not much has been revealed about the upcoming film, the combination of an ace director like Hansal Mehta and a star of stature like Kareena Kapoor Khan is something that fans are eagerly waiting for and of course Kareena Talking about, the actress recently hit headlines after reviewing Saif Ali Khan and Hrithik Roshan starrer Vikram Vedha. 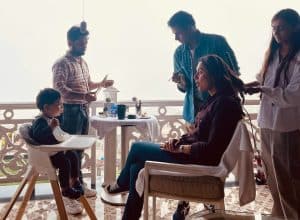 Kareena Kapoor Khan shared a poster of the film on her Instagram story and wrote: “Best Film, Best Actor, Best Story, Best Director, what a film… a blockbuster. Happy Birthday Salman Khan: Know how Salman’s Bollywood career has been so far