There have been many cases on Sajid

Taking forward his allegations against Sajid Khan, Chopra said, “One can read those media interviews or go on social media to know how #MeToo-accused Sajid Khan treated those women inappropriately . He asked some of them about sex, like how many times a day you have sex, how many boyfriends they have, and he showed me his genitals and touched me. The question arises, can a woman not share her pain even years after the incident? Obviously, she can. I didn’t have the courage then, but today I am. Today I feel whether it is Sajid Khan or Raj Kundra, if he has done wrong then I can raise my voice against him. In the reality show Bigg Boss. After the news of Sajid joining Bigg Boss, there is a lot of uproar on social media and everywhere. 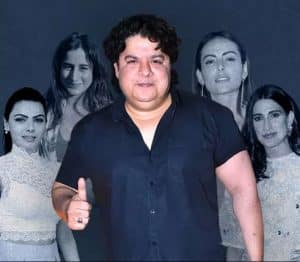 Appeal to remove from Bigg Boss

“My special request is to Salman Khan who is too easily ignoring the plight of women who have been wronged by his friend. People call you ‘Bhaijaan’, why can’t you take a stand for us? Why can’t you be big brother to us? Why can’t you get our molesters, habitual criminals and habitual sex predators out of your home. Why this indifference towards us?” Sherlyn was quoted as saying.

Several people, including singer Sona Mohapatra and actor Ali Fazal, have objected to Sajid joining the show and demanded his removal. Though Sajid stepped down as a director with his last feature Housefull 4, the filmmaker is set to return to direction with a film titled 100 Percent starring John Abraham, Riteish Deshmukh, Nora Fatehi and Shehnaaz Gill.