Taarak Mehta Ka Ooltah Chashmah actor Munmun Dutta has reacted to the rumors of his arrest and issued a clarification. Recently, several reports suggested that Munmun was arrested in a case. Last year, a case was registered against him in Haryana’s Hansi town for making casteist remarks in a YouTube video.

In a new interview, Munmun Dutta said that she went to Hansi police station ‘for routine questioning’ but was not arrested. He also said that he was granted interim bail on Friday before the interrogation. In an interview with Bollywood Bubble, Munmun said, “Contrary to the rumors that I was ‘arrested’, I want to clarify that I went for regular questioning with the police officers. I was not arrested. In fact, I got interim bail from the court on Friday even before I could go for questioning. The Hansi police station officials talked to me about the matter for two and a half hours and noted down all the important details. He was very polite and well mannered. I am cooperating with the police and will continue to do so.

Clickbait headlines and thumbnails being used by multiple portals

The actor also said, “I am deeply disturbed by the stories being spread around the matter just for the sake of headlines. Also, I would request the media professionals not to create false news around the matter. The clickbait headlines and thumbnails being used by many portals are very disturbing and unethical, to say the least. She also said that at the time of the report, she was ‘on the sets, shooting for her show’. 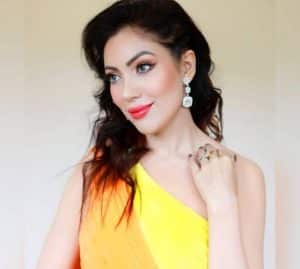 In May last year, Munmun had issued an apology on Instagram after a casteist abuse. “This is in reference to a video I posted yesterday in which a word I used was misinterpreted. It was never said with the intention of insulting, intimidating, humiliating or hurting anyone’s feelings. Due to my language barrier, I was actually misinformed. about the meaning of the word.”

Once I was made aware of its meaning I immediately removed the part. I have utmost respect for every person of every caste, creed or gender and acknowledge their immense contribution to our society or nation. I would like to sincerely apologize to every single person who has been unintentionally hurt by the use of this word and express my sincere apologies for the same.” 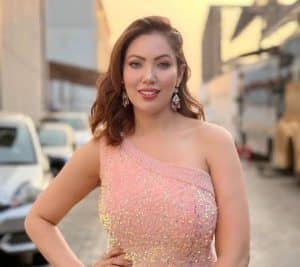 It has been reported in a report that activist Rajat Kalsan had lodged a complaint against him then. The FIR was registered under section 3(1)(u) of the Scheduled Castes and Scheduled Tribes (Prevention of Atrocities) Act. Lawyer Rajat shared the copy of the FIR on Twitter. Munmun started his career as a model before making his television debut with Hum Sab Baraati Hai. The actor gained popularity after appearing in Taarak Mehta Ka Ooltah Chashmah, where she played the role of Babita. She has also appeared in a few movies including Holiday and Mumbai Express. Recently he participated in Bigg Boss 15.