Tamil Nadu batter Narayan Jagadeesan on Monday broke the world record for the highest individual score in Men’s List A cricket by hitting a 141-ball 277 against Arunachal Pradesh in the Vijay Hazare Trophy here.

Tamil Nadu won the Group C match by 435 runs, making it the biggest winning margin in a List A match. The previous record was Somerset’s 346-run win over Devon in 1990.

The 26-year-old Jagadeesan bettered Alistair Brown’s previous record of 268 for Surrey against Glamorgan in 2002. The Indian record for the highest List A score of 264 by Rohit Sharma in an ODI match in Sri Lanka was also wiped out in the process.

Tamil Nadu’s 506 for two in the match was the team’s highest total in Men’s List A cricket, bettering England’s previous best of 498 for four against the Netherlands earlier in the year.

The previous highest List A total in India was 457 for four by Mumbai against Puducherry in Jaipur in 2021.

Veteran India cricketer and Jagadeesan’s TN teammate Dinesh Karthik congratulated him and said in a tweet: “WORLD RECORD alert. What an amazing effort by @Jagadeesan_200 Couldn’t be happier for him. Big things await. Sai Sudarshan what an amazing tournament so far . This opening combo is killer. Well done boys.”

Hinting at the gulf in standards, he said in another tweet: “Also on another side note Does it make sense to have the north east teams play the elite teams in the league phase. It just topples the run rates of teams and imagine if a the match against one of these teams will be rained out! Can’t they have a separate group and then qualify?”

Arunachal is among the nine teams that joined the domestic circuit from the 2018-19 season.

Scores rained down as Jagadeesan went on a rampage against the hapless Arunachal bowling attack.

He led the domestic season in the 50 over format – Take a bow, Jaggi. pic.twitter.com/tRc7w71myF

By reaching 200 off 114 balls, he achieved the joint fastest double ton in List A history. Travis Head took 114 balls to score his double century for South Australia against Queensland at the Marsh Australian Cup last year.

Jagadeesan’s 15 sixes made it the highest by a batter in an innings in the Vijay Hazare Trophy, bettering Yashasvi Jaiswal’s 12 in his knock of 203 in the 2019-20 season.

The right-handed batsman also made a new mark by scoring his fifth successive List A century.

History was created in List-A cricket #VijayHazareTrophy. I congratulate you @Jagadeesan_200 for becoming the first cricketer to score five consecutive centuries and breaking the World record for the highest individual score in List-A cricket. All the best for your future endeavours. pic.twitter.com/EmlfvATsuL

Additionally, he surpassed Prithvi Shaw (227 vs Puducherry in 2021) for the highest score ever in the Vijay Hazare Trophy.

Jagadeesan’s opening wicket partnership of 416 with B Sai Sudharsan, who made 154 (102 balls, 19 fours, 2 sixes), is also a record for the highest partnership for any wicket in List ‘A’ cricket.

The previous highest partnership was 372 between Chris Gayle and Marlon Samuels for the second wicket for West Indies against Zimbabwe in an ODI in 2015.

The previous highest partnership in Indian domestic cricket was 338 by Sanju Samson and Sachin Baby for Kerala against Goa in 2019.

On Saturday, he joined Kumar Sangakkara, Alviro Petersen and Devdutt Padikkal by scoring his fourth consecutive hundreds in List A cricket.

By scoring his fifth ton in the ongoing tournament, Jagadeesan surpassed the record of four in one edition. Virat Kohli, Devdutt Padikkal, Prithvi Shaw and Ruturaj Gaikwad have reached four hundreds each in recent years.

Jagadeesan was recently released by Chennai Super Kings ahead of the IPL auction next month.

Meanwhile, Arunachal’s Chetan Anand leaked as many as 114 runs in his 10 overs. 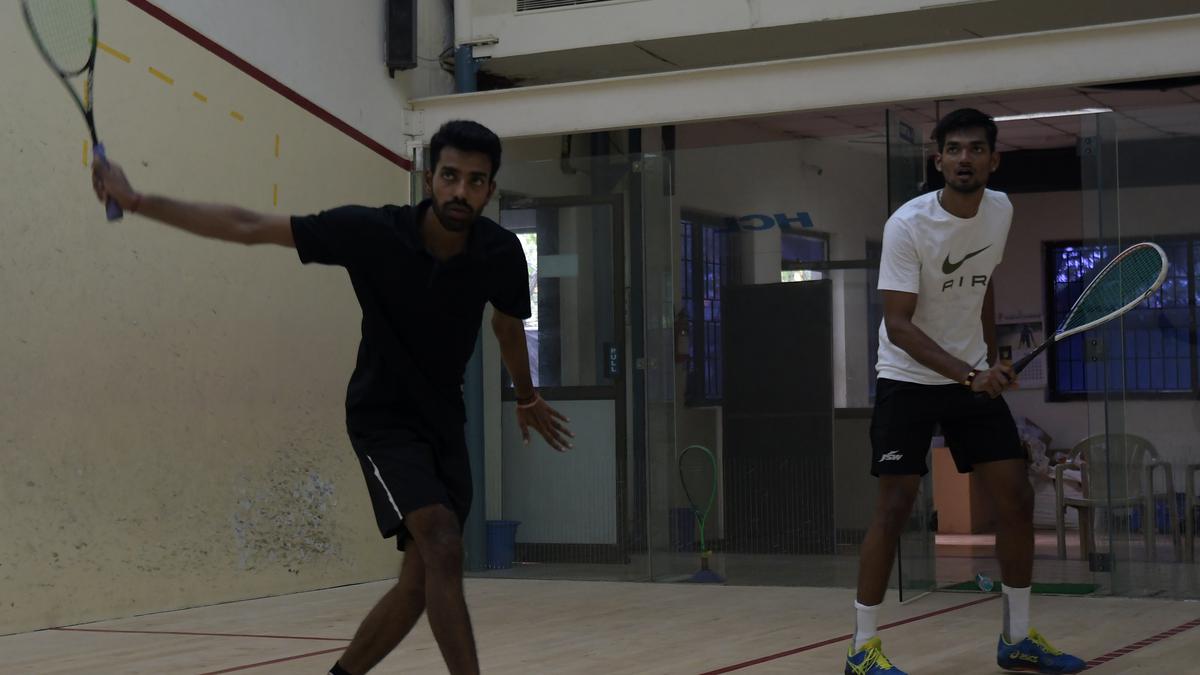