England beat India by 10 wickets in the semi-final. He achieved the target of 169 runs without losing any wicket. Batting first, India scored 168 for six in 20 overs. Answer: England team scored 170 runs without any loss in 16 overs.

Alex Hales scored an unbeaten 86 off 47 balls for England. Captain Jos Buttler played a brilliant innings of 80 runs off 49 balls.

The hearts of crores of fans are broken after the humiliating defeat of the Indian team in the semi-finals. Although wins and losses keep happening, but it is important to know where the match slipped from the hands of the Indian team.

Continuous flop of the opening pair

On the small ground of Adelaide, which should have scored more than 200 scores, the Indian team could not even score 40 runs in the power play. Captain Rohit Sharma’s flop show continued here as he played a marathon innings of 27 runs in 28 balls.

During this World Cup, Suryakumar Yadav, who achieved the number one rank of ICC, flopped in the big match. Although this Suryakumar Yadav played well in the entire World Cup, but against Pakistan and against England, he looked flop.

After topping the points table, the pressure in the knockout..

The table top Indian team always gets trapped in the knockouts by showing good performance in group matches. This is not the first time this was seen in the 2019 World Cup as well. This time too, despite being table top with the most points in their group, the Indian team was knocked out in the knockouts. After which the hearts of crores of Indian fans are broken. 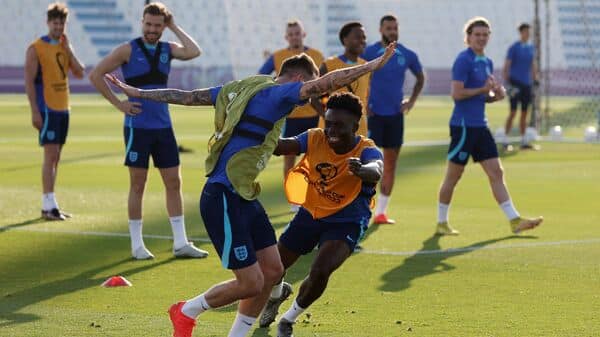